"THE LIMEN IN UPHEAVAL"

PS[L]S 4: The Limen in Upheaval

The Postgraduate Seminar in Liminality Studies is born in light of the UAM's (Universidad Autónoma de Madrid, Spain) foundational role in the study of liminality and text. By the point of the seminar's inception in 2018, several decades of work had gone into the project of redefining what was once referred to as 'marginal' or 'marginalized,' stressing instead the idea that such texts reside rather in the in-between, in the limen. In this vein, the concept of 'liminality' was adapted from the anthropological writings of Van Gennep and later Victor Turner towards the field of literary studies. The discussion has evolved over time to focus on liminality in text at a variety of interdisciplinary levels: at the level of genre, semiotics, linguistics, spatiality, subjectivities, art form, technology, and so on.

This project is born with the object of potentially filling the intergenerational gap that exists between established academic research groups on liminality and text such as the ISLT, and younger generations of potential scholars who seek to take their initial steps into this specific academic research field. Therefore, we present this project with the intention of planting the seed for the prospective development of an enduring research seminar, in which students from different academic levels - ranging from final undergraduate years to postgraduate and doctoral level - are welcome to participate. 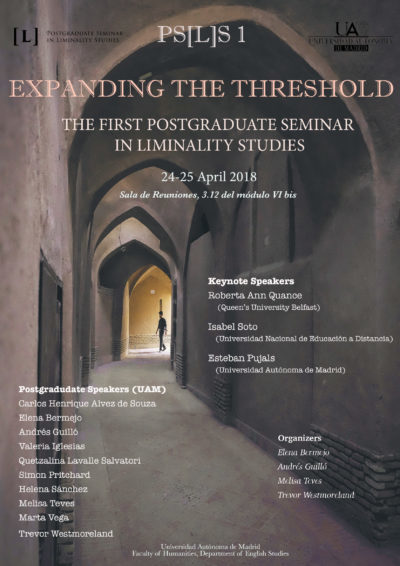 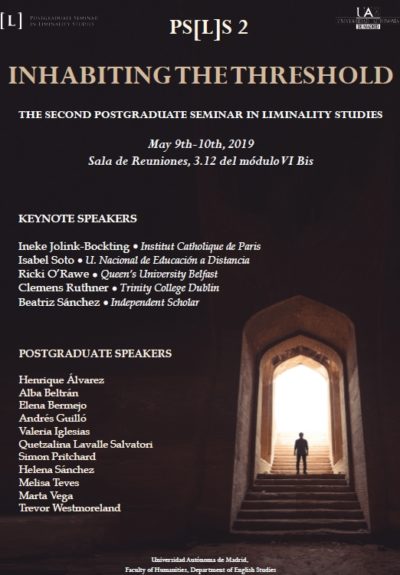 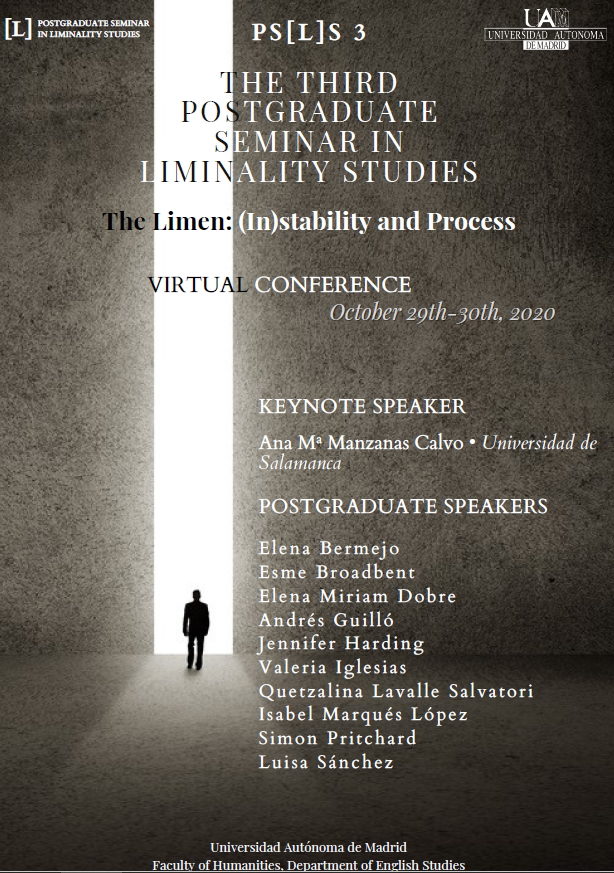